What is the meaning of Purim? What is the Purim story, its characters, drinking, wearing costumes & eating cookies all about?

Purim is the holiday of opposites, which connects between happiness and despair, concealment and revelation, Mordechai and Haman, exile and redemption.

Purim (which stems from the word "Pur" ["lot"]) is the ideal spiritual situation, the final correction (Gmar Tikkun). It is a state where a person's desires are corrected with the intention in order to bestow, and one becomes united with all desires, thus filling one's desire with the Creator's revelation (i.e. the revelation of the quality of bestowal and love that connects among all desires).

What Is the Spiritual Meaning of Purim?

Megillat Esther (The Book of Esther) describes forces that unfold in the person. These forces are what a person attaining spirituality discovers in connection with the Creator. They manage everything taking place in everyone’s lives, and have been given the names Mordechai, Esther, Haman, as well as many others.

The story of Purim unfolds before the construction of the Second Temple, soon before the Aliyah (ascent) to the land of Israel. It depicts the final battle before the final correction (Gmar Tikkun). At this stage, the people of Israel, the innermost desire within the person that aspires to spirituality, live calmly and peacefully in the kingdom of Achashverosh.

Mordechai, the spiritual desire that wants only to adhere to the Creator (the quality of bestowal and love), lived happily and the kingdom was at peace.

The people of Israel represent the majority of the desires that want to go straight to the world’s leader to learn the law of the universe (the word “Israel” comes from the words “Yashar Kel” [“straight to God”]).

Indeed, in the beginning of the story, the narrative suggests that there is something wrong: “There is one nation that is scattered among the nations.” This passage can also be read as “There is one desire that is scattered among the desires.” It is this nation, Israel, the desire for spirituality (a desire of bestowal and love), that is supposed to be united against all other nations, which are desires for self-gratification. The strength of the desire for spirituality (Israel) comes only from its unity, so when it is dispersed, it signifies that the person has not yet fulfilled his destiny, for only the people of Israel (the united desire for bestowal and love above all other desires) can lead the other nations (all other desires for self-gratification) to the common goal, adhesion with the Creator.

The evil Haman, who represents the egoistic desires in the person, wants to exploit the situation for personal gain. He eventually wants to overthrow the king from his throne. Haman believes that the fact that the people of Israel, the Jews, are dispersed testifies to their weakness, confusion and lack of faith. Therefore, he finds the situation to be a rare opportunity to eliminate the Jews from the face of the earth, as they are the sole force that stands between him and exploiting the Creator.

What Haman fails to understand, however, is that the Jews are dispersed for a reason: The Jews’ dispersion (i.e. the dispersion of the small amount of spiritual desires among the large amount of egoistic desires) is in order for all desires to acquire the form of bestowal and love, i.e. that spiritual unity comes in integration and perfect balance with all desires, and not in separation to them. Indeed, we will see the truth of it when at the end of the story, all people reform. The meaning is that all the desires in the person, called “people,” accept the spiritual desires that leads to confidence and happiness, called “Israel.”

The Israel in a person (the altruistic part) is limited. That limitation can only be overcome by the evil Haman. That is why we need to find the Haman (the egoistic part) within us.

The Story of Purim

The beginning of the story depicts how Mordechai saved the king from the two assassins Bigtan and Teresh. Naturally, we would expect the king to pay him for his deed, perhaps give him a raise, or any other kind of reward.

But it’s not quite that simple. Since Mordechai is the Israel in the person, and thus wants no personal gain, but only to be in contact with his maker, he thus cannot be given any reward. The altruistic, spiritual desire rejects any such reward.

Thus, to our surprise, we read that it is not Mordechai who becomes honored, but Haman, who out of all candidates is awarded the honor, when the king appoints him head of all ministers. Haman gains total domination of the kingdom and all the king’s slaves are ordered to bow before him. In other words, egoism has risen to its maximal proportion.

Of all people, only Mordechai refuses to bow before anyone but the king himself. The reason is that there is always a voice in a person that says who the real king is and to whom one should remain loyal, whatever the cost. Mordechai is the only one who still remembers it, while the whole town of Shushan is bewildered and confused, and Mordechai’s life is threatened for choosing loyalty to his king rather than to Haman.

It is only through magnifying Haman’s ego to the proportion it grew that the people could realize how right Mordechai’s way was.

What Is the Difference between Mordechai’s and Haman’s Approaches?

The difference between Mordechai’s and Haman’s approaches is the core around which the story of Purim revolves.

Haman wants to exploit the king and use him to control the kingdom. He thinks only of his own gain, and epitomizes the most volatile force—the self-gratifying desire for power—to rule the world at all cost, even that of his own destruction.

On the contrary, Mordechai’s sole aim is to remain loyal to the true king, and to learn from the true king how to best apply and conduct himself. Therefore, Mordechai cannot be bribed in any way. He can stand at the king’s castle and guards the gate while everyone bows before Haman. There is no price to his loyalty. He knows that the day will come when everyone will realize who the true king is, but he also understands that he cannot impose his thoughts and direction in life on others.

Haman gets control of the kingdom, precisely for the purpose of increasing his desires. Egoism is revealed so that the person will recognize the destructive forces that dwell within. Haman decides to utilize the power he’s been given in order to carry out his plan to destroy his primary enemy—the Israel in the person.

He carefully plans his actions, prepares the tree and the rope, confident that in a few moments, the person who stands between him and his dreams of power, will be eliminated.

What Does it Mean that the People of Israel Unite and Give Esther the Power to Address the King?

At this point the people of Israel unite. Their collective prayer for the success of Esther’s mission, representing the force of faith (i.e. force of bestowal), mends what at first appeared to be a separation among the people. That correction allows Esther to address the king directly, which is the great miracle of Purim. Prior to that, no one could address the king in such a way. Only the united force of the people, in prayer for help, gave Esther the necessary defense to come out of hiding (in Hebrew, Esther [Hester] extends from the same linguistic root as “Hastara,” which means “concealment”) and into the revelation of the king’s face. She discovers the king’s true aim, which is to bestow goodness to all people.

Then Haman (the egoism in the person) discovers this fraud, but it is too late. He discovers that the purpose of one’s work is to discover the king’s domination and benevolence. He realizes that he was but a tool in the hands of the king, whose true desire was to cultivate Mordechai.

But at this point he cannot change the sentence he himself had passed.

It is but for the great desire of Haman to rule the kingdom, that Mordechai gets the honor and publicity he deserves.

The Meaning of Mordechai Getting Honored by the King?

Therefore, the person’s desires discover the King’s (i.e. the Creator, the source of bestowal and love) intent to bestow to His creatures and the right way to reach Him, the way of the Israel (spirituality) within.

Israel is the desire in the person to be in perpetual contact with He who runs reality, with the King. It is the constant thought about who and what governs our lives, and the utilization of every opportunity to strengthen the bond with the Creator (i.e. the source of bestowal and love). Israel never despairs when facing grave difficulties along the way, for there is certainty that all difficulties will ascend in order to discover the King’s benevolence. Israel sees the purpose of life as being to come into contact with the Creator by uniting all desires through lines of bestowal and love. Israel writes the story of Esther by making actions to the concealment of the Creator to His revelation.

Why Is it Customary to Wear Masks & Costumes During Purim, to Eat Cookies called "Haman's Pockets" & to Get Drunk?

The custom to wear masks and dress up in costumes on Purim came about because Haman (the egoistic desire) dresses into the clothing of Mordechai (the altruistic desire), which means that we can receive the Creator's revelation (the revelation of the quality of bestowal and love) into the great desires of Haman through the qualities of Mordechai.

This is also why on the Purim holiday it is customary to eat cookies in the shape of a triangle called “Haman’s pockets.” A pocket symbolizes the desire to receive. We have to receive these desires from Haman and then, with the help of Mordechai, by means of the Light of Hassadim, the quality of bestowal, correct them with the intention for the sake of bestowal. Once we have an intention to bestow, we will be able to receive the Light of Hochma, the revelation of the Creator, which is the state of the final correction. This full filling of the spiritual vessel with the Light of Hochma is the reason for the custom of getting drunk on Purim, as alcohol has its spiritual root in the Light of Hochma, and it is permitted to receive this Light completely after one has analyzed and clarified one's desires completely, i.e. one has hung Haman and his ten sons on a tree, meaning that one does not receive any of that illumination with an egoistic intention, because one's intention has been fully corrected in the direction of bestowal.

To learn more about the inner meaning behind concepts such as Israel, Jews, the holidays, the Creator and many others, it is recommended to take the Free Kabbalah Course. The reason is that many of the concepts and terms we have a heard a lot about in our upbringing have completely different definitions in Kabbalah, and it takes a while to process them properly. Therefore, if you’re interested in these topics, we recommend taking the free courses and start learning about the world around you and inside you anew. 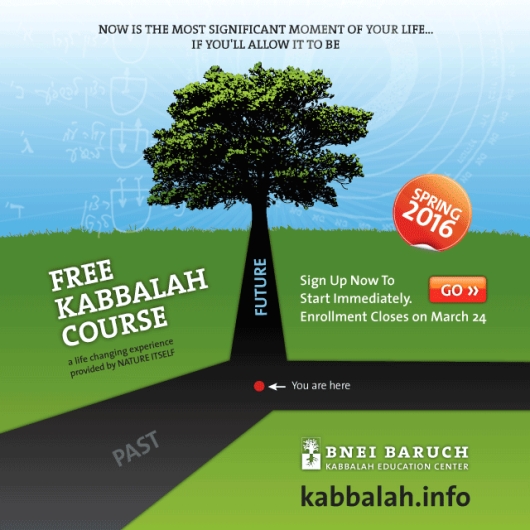 The Spiritual Meaning Of Purim & Its Relevance Today

Kabbalist Dr. Michael Laitman discusses Purim, its spiritual meaning and its relevance in our world today.

The Good, the Bad and the Beautiful
An article for Purim [Downloadable PDF]

Why Is Purim Such a Great Festival?
An article for Purim [Downloadable PDF]