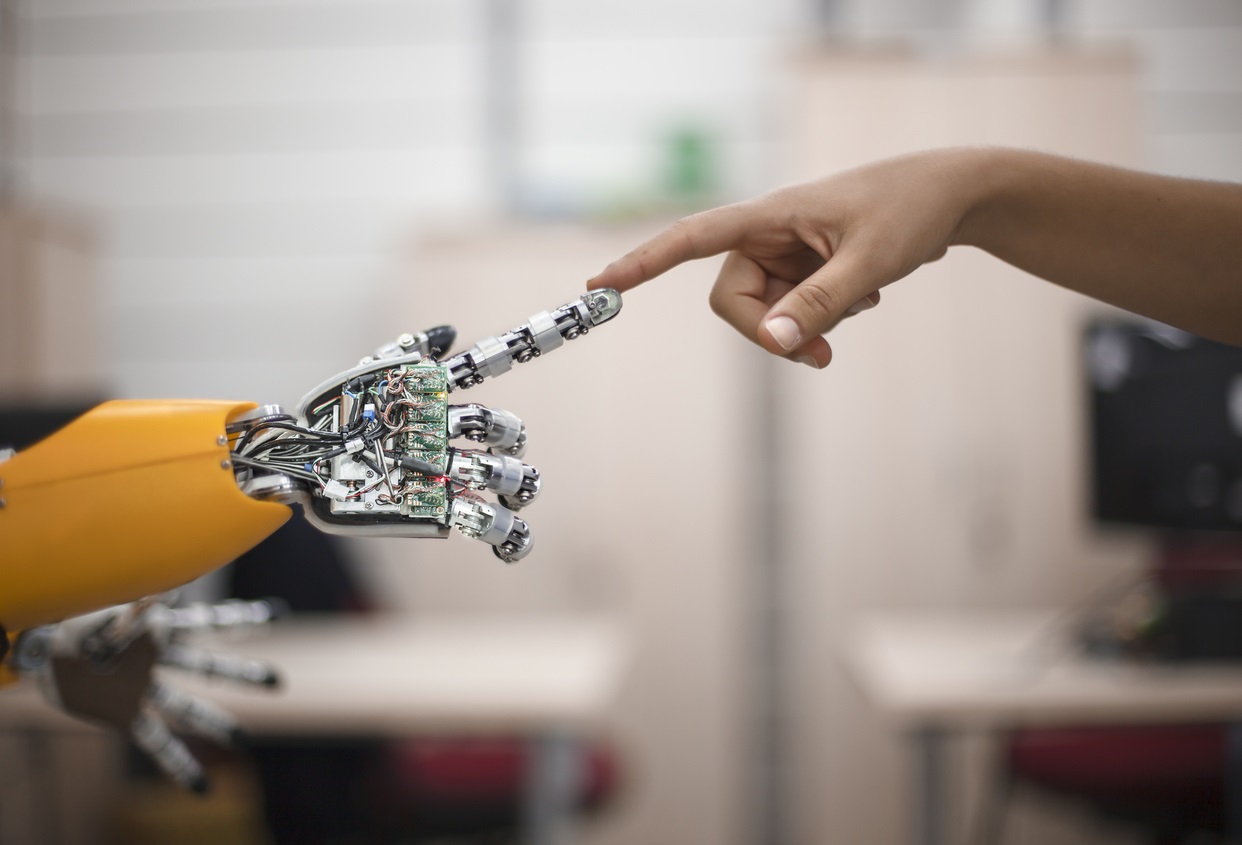 How Robots Will Bring Out the Human in Us

Robots are a good excuse to regain the meaningful connections that it seems we have lost, to repair the loneliness and anxieties that our stressful work life has created and rebuild our society to create the environment in which humans should live—in mutual care and with empathy.

Artificial intelligence and robots are gradually turning our reality into something out of a science fiction movie.  It’s hard to grasp how quickly this is happening, with robots already being used as bank tellers, local government employees and in customer service positions worldwide, replicating human skills and intelligence. Robot makers are convinced that in the next decade you’ll pass someone in the corridor at work and not be able to discern if it’s a human or an android.  Not only will they be replacing many of us at our jobs, but they aim to answer to “the fundamental need of human beings of companionship.”

In fact, robots are being designed to model the physics, physiology and emotions of the human being. “I think robots are going to be all over the place… we’re going to see robots in people’s homes the way we see smartphones in their pockets,” said Matt Mcmullen in an interview for The Guardian. Matt’s company is a part of a 30 billion dollar industry that creates sex robots, which for some are replacing human interaction, girlfriends and even spouses!

Many people are concerned about these developments, not just because it’s endangering their jobs, but because it’s bringing up serious questions about our humanity, how we interact and the societies in which we want to live. When a person can be replaced by a robot, whether it’s for doing a certain job, and especially for being a companion, we should be asking ourselves what being human actually means to us and what it is that we should be doing to express that.

A recent article in the New York Times points out the reason that educational technology is still lacking. It states that our minds are wired to learn new information through social cues and social interaction.  The solution offered is to create robots that are more emotionally expressive and socially engaging.  Robot teachers, the title implies, can be a good thing.

However, the more robots enter our lives in increasingly meaningful positions, such as teaching our children and shaping their minds and hearts or giving  us services and even companionship where it is so lacking, the more we will need to ask ourselves if we are heading in the right direction.

If we are wired to learn from social cues, and indeed wired to thrive and be happy through human connection, then shouldn’t that be the way to make our lives better?  Making robots more emotional will only take us away from that vision, habituating people to bond with robots instead of people.

Humans can win the race against the machine

The introduction of robots into our lives can be a positive thing, taking a lot of technical work and hassle off our hands, but only if we use the extra time and availability to focus on what really helps us prosper—creating good relationships and positive, prosocial environments.

Our current environments are full of loneliness, separation and anxiety, which is exactly the reason there is such a market for sex robots to begin with. That robots are being planned to fill the void of human companionship is a huge sign that we must work to heal this societal ill. Not by introducing artificial love and empathy, but by learning the skills and retraining ourselves towards real connection on the individual and mass scales.

Media theorist, Douglas Rushkoff, writes that losing our jobs may not be such a bad thing, if we realize that the extra time can be used to create more meaning and social value. Rushkoff  suggests that we shift the spirit of enterprise we currently associate with “career” to something entirely more collaborative, purposeful, and even meaningful. Indeed our societies don’t need to be organized around the kind of careers we now associate with enterprise. These are the things that robots can and probably will be doing for us.

So what is the meaning and purpose that we can collectively work to achieve?

If we only had a heart

Every once in a while a paradigm shift happens.  From horses to machines, to robots… and each time humanity makes a leap. This time the leap has to be more than technological. It has to be a matter of consciously defining who we are.

So far we’ve been operating on a “me first” program, which has already become incompatible with our growing interconnectedness. The more connected our world becomes, the more we experience the crisis that our opposite behavior creates. One of the most obvious examples is how so much food and produce is thrown away every day (half of US produce!), while millions starve to death elsewhere. It’s not just that, but the global economy is in crisis, as is the environment and our global security. All of these require collaborative global action which has not yet been possible. Our current competitive programming needs to change so that it becomes adapted to the interdependent state of our reality and to our own social inner wiring.

By working to create more pro-social environments, through teaching, coaching, training and all forms of media and marketing means, we can create a huge new market that would keep us investing in what matters most— our humanity.

In the market of collaboration, people would be at work learning and then teaching how to tap the hidden potential of our social wiring—fulfilling our human interaction abilities to create harmony, boost creativity and attain new levels of shared trust and social cohesion. A lot of paid work will go into creating uplifting content, and creating a media environment that would support such a process.

Developing our collaborative powers, our collective intelligence and our true human potential can bring innovation the likes of which we have never seen. And by working to repair our shattered, stressed-out societies we will produce a new kind of profit that will not destroy the earth or render us anxious, lonely and depressed. We will gain our humanity and our happiness.

Unfortunately (or not), it seems that AI is swiftly becoming capable of doing even the jobs that require creativity, decision making and emotionality. In such a reality, we humans will be left with the job of connecting our hearts. In our global world that is suffering from war and friction. This change could very well save us from ourselves.

Robots are coming. That is certain. The only question is: Will we be prepared for the void that it will create in our lives, and will we fill it with a new stage in our human existence?

Let’s hope that we do, because this could be the most exciting and fruitful time ever.

Tal Mandelbaum is a social psychologist with a background in political science and international relations. She is a television presenter for Kabbalah.info, and a mother of two. 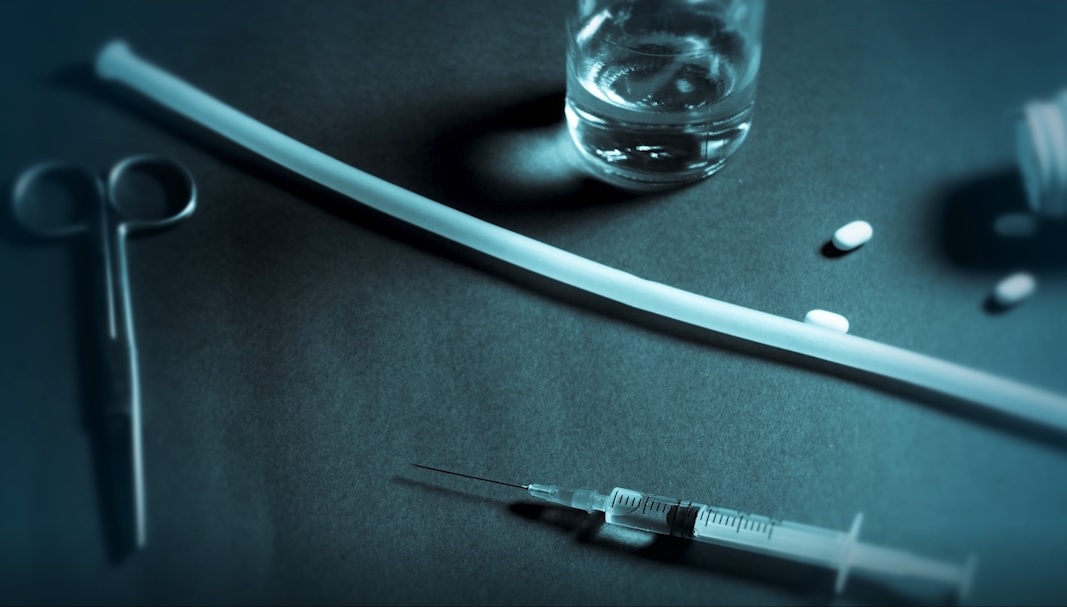 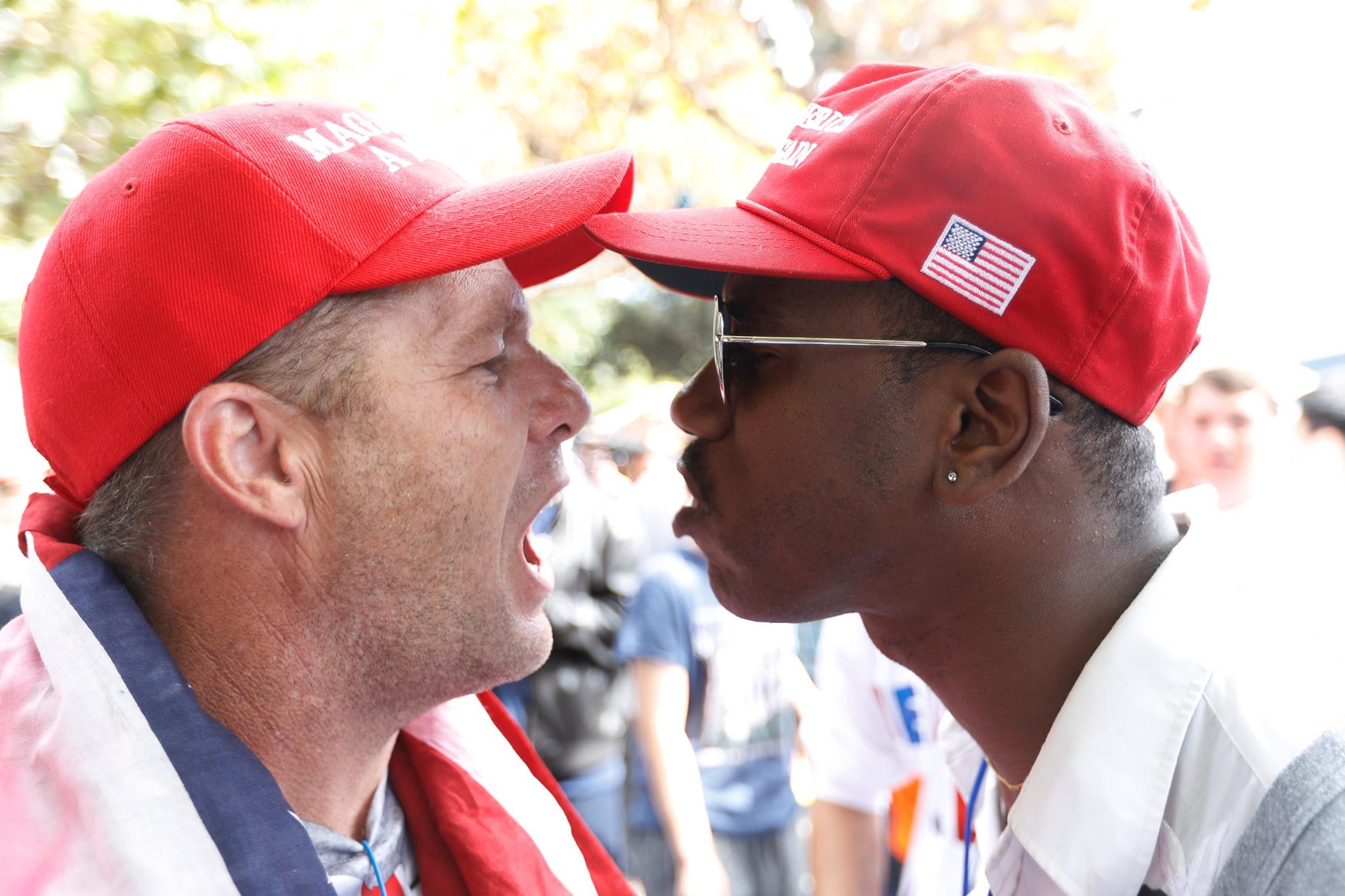