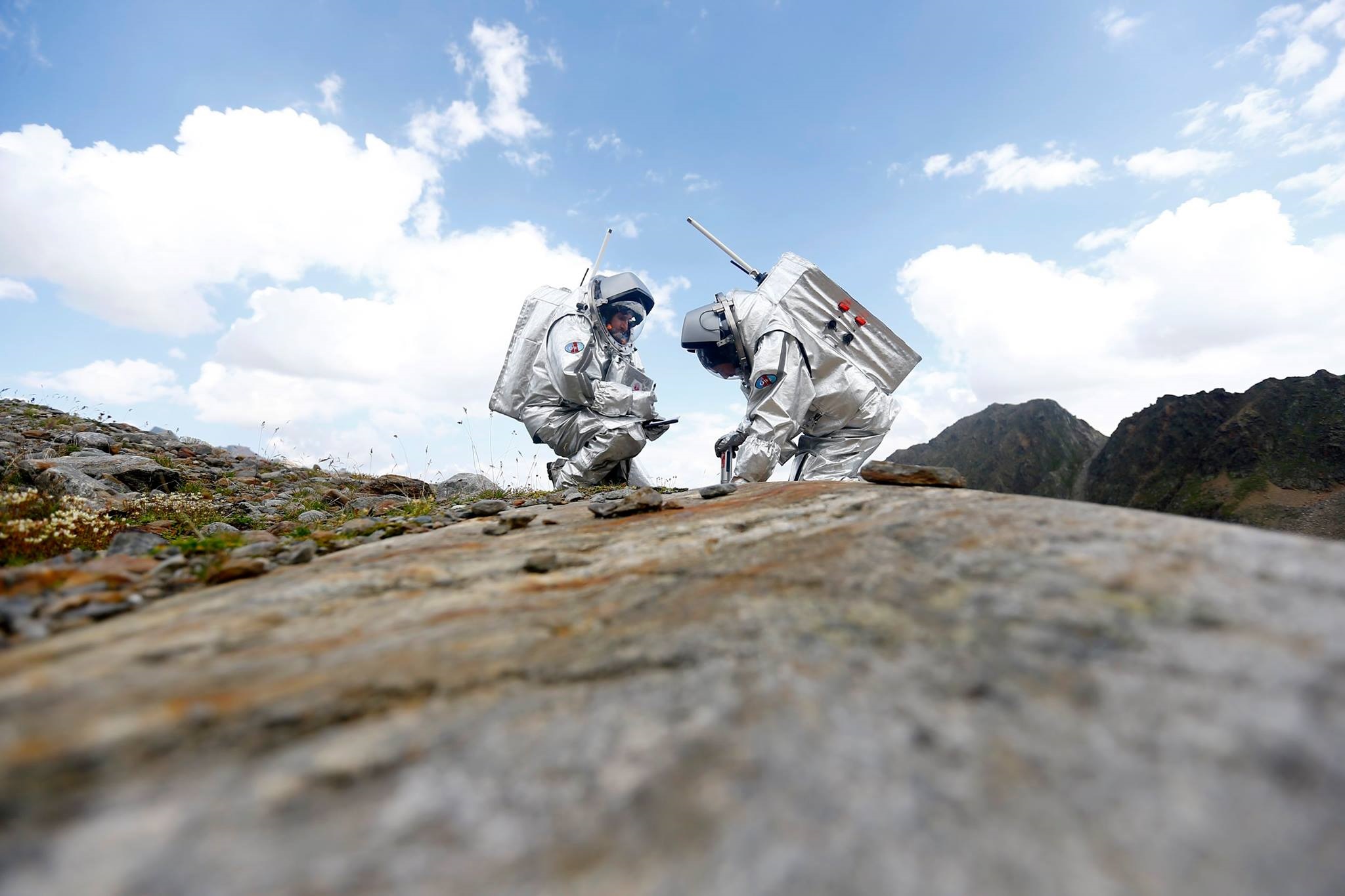 It’s the year 2100. Humans on Mars has become a reality. Over 11 billion people inhabit Planet Earth. Heightened global warming caused the sea to rise over coastal regions and islands, displacing hundreds of millions of people.

“I am arguing for the future of humanity and a long-term strategy to achieve this. We have given our planet the disastrous gift of climate change … When we have reached similar crises there has usually been somewhere else to colonize … But there is no new world, no utopia around the corner. … We are running out of space, and the only places to go to are other worlds.” (Source: Vox) This is a story about our journey to Mars.

It’s the year 2100. Over 11 billion people inhabit the planet. Heightened global warming caused the sea to rise over coastal regions and islands, displacing hundreds of millions of people.

Many of them didn’t make it.

Diseases, impoverished conditions, famine and wars caused the deaths of millions more in the process.

Hope seems bleak on planet Earth. But as always the case throughout history, people await, still hopeful for better times.

Testimonials of Mars’ first inhabitants portray it as humanity’s safehaven. In the meantime, on Earth people suffer ecological, economic, social and psychological peril.

This neo-romantic narrative of tragedy and hope isn’t emerging from novelists or Hollywood directors. It’s emerging from one of today’s foremost scientists, Stephen Hawking:

“I am arguing for the future of humanity and a long-term strategy to achieve this. We have given our planet the disastrous gift of climate change … When we have reached similar crises there has usually been somewhere else to colonize … But there is no new world, no utopia around the corner. … We are running out of space, and the only places to go to are other worlds.” (Source: Vox)

I disagree with them all.

I see a completely different narrative. You could also call it neo-romantic. Yet, whether it’s an epic tale of immense tragedy or euphoric joy depends on the choices humanity will make moving forward.

The Next 100 Years: Other Dimensions Version

This story is not about sending humans to Mars… but to other dimensions.

11 billion people… but they feel as one.

The various crises of the past century thrust people to their knees. Desperate and helpless in the face of entangling economic, ecological, social and psychological mess, more and more people asked where their life was headed, why was there so much suffering, and what was the meaning of their lives.

Many people became lost, drowning these questions in drugs, entertainment and extremism. However, many people woke up to a great revelation, finding new answers to the questions.

To work on fixing this attitude, more and more people gathered in groups. Routine group learning in workplaces, schools, kindergartens, retirement homes, and on TVs and the Internet for people at home, developed a new elevated sense of mutual understanding and support as they started feeling an omnipresent field of existence outside the ego.

Their newly discovered connections made them feel revitalized enjoyment, happiness and motivation: to help each other experience that most perfect feeling stemming from human connection. The regular learning, exercises and workshops to improve human relations gradually gave birth to a new attitude: a natural urge to care for one another.

Moreover, they discovered in this new attitude to each other, the solution to all of life’s problems.

This sublime revelation rendered the prospect of inhabiting other planets irrelevant. Our entire corporeal existence—food, sex, family, money, honor, control, knowledge—together with vast untouched territories on the moon and on Mars, all became insignificantly small compared to the exalted dimension of mutual thought, desire and consciousness we accessed.

This is just a small peek into a could-be future if we would start shifting our life’s focus.

Why do Today’s Problems and Outlooks on the Future Seem So Daunting?

It’s because we look at them from our narrow, egoistic perspective.

7 billion people on our planet morphing into 9 billion by 2050 is already viewed by many as a major problem. It’s a problem only if we continue developing without fixing our egoistic attitude. If we fixed our attitude and related beneficially and considerately to each other, then our planet would have no problem to host even 200 billion people.

The same week Stephen Hawking discussed the need to send people to Mars, I was flying over Central Asia. At one point, for 3 hours, over 3,000 kilometers, there was nothing but arid desert, as if untouched by humans, sheeted as smoothly as a tablecloth.

There is so much space here on Earth we haven’t touched. As societies and nations here increasingly struggle to get along with each other, a Hollywood-esque dystopian vision of our planet’s future seems all the more prevalent. Thus, the idea that we’ll be better off by moving to another planet steadily surfaces.

But that’s not the case. By not fixing our problems at their root—our growing egoistic attitude to each other—the destructive process would continue on any other planet we populate.

Don’t get me wrong. I’m not saying it’s an either/or situation. As someone who started out as a scientist, I’m all for scientific progress. I believe it’s worthwhile researching other planets to see what we can find and use.

But research and residence are two completely different things.

If we only pursue technological progress, which includes the move to other planets, without working on improving the human element—our connection to each other—then that progress will eventually become distorted and turn into a crisis, similar to what we are experiencing today on a smaller scale Therefore, we need to acknowledge the need to work on human relations; then, the technologies we develop will work to our advantage and could even facilitate positive human connections. Our problems today stem from a lack of awareness about the system, and our unique role in the system.

In addition, there are fields of influence throughout our planet and its atmosphere that most people don’t understand. They, however, are an integral part of our existence and development as humans. It would be interesting to see whether on Mars a woman could undergo a natural birth process, and whether her child would grow up as a normal, healthy human being. However, I wouldn’t wish that experiment on anyone!

Yet, whether or not we could develop naturally on other planets isn’t the core issue. The core issue is that we don’t need to look to other planets; we need only look at our connection to each other. By working on fixing human connections, we would develop a whole new approach to life—sharper senses, emotions and thoughts—and penetrate into a whole new dimension. We would rise above our blood and flesh body, and live in a new consciousness beyond the corporeal mind’s attainments, beyond our level of research, to an eternal life outside the body. Then, even Mars in all its size and wonder, would appear small and insignificant.

As a wisdom of Kabbalah practitioner for 40 years, I disagree with Stephen Hawking’s vision.

We don’t need to populate Mars.

We have everything we—and potentially hundreds of billions more people—need for a perfect existence. Nature gave us everything we need, and we can enjoy it all… on one condition: That we rise above our inborn, inflating egos, and discover the beauty of living in perfect unity.—

By not fixing our problems at their root—our growing egoistic attitude to each other—the destructive process would continue on any other planet we populate. 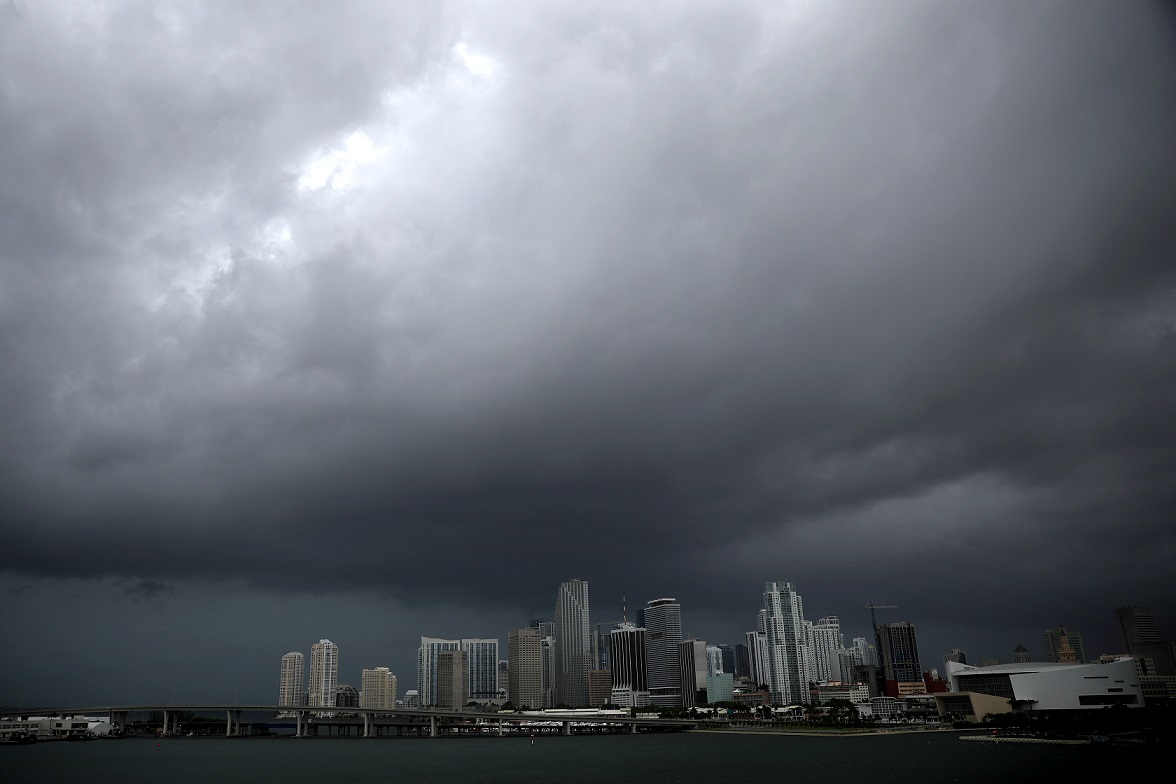 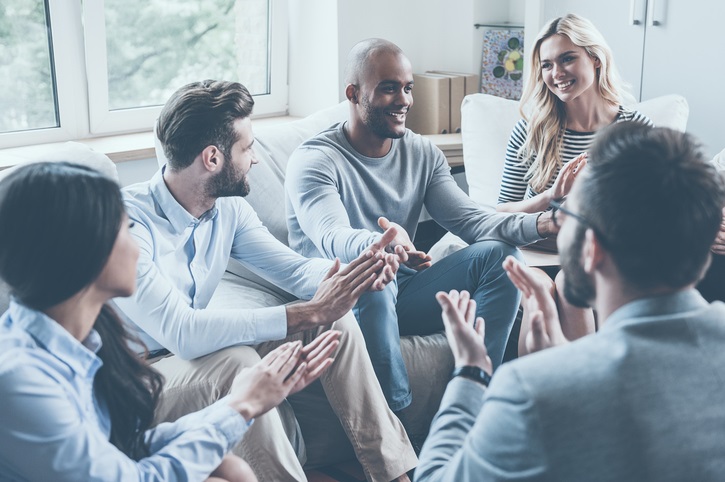 The Power of Connection Circles 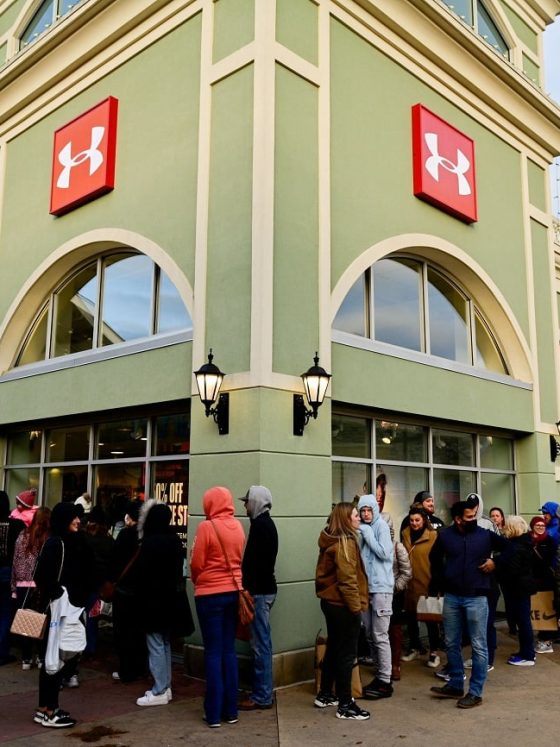 Buy Nothing Day or Black Friday? Neither 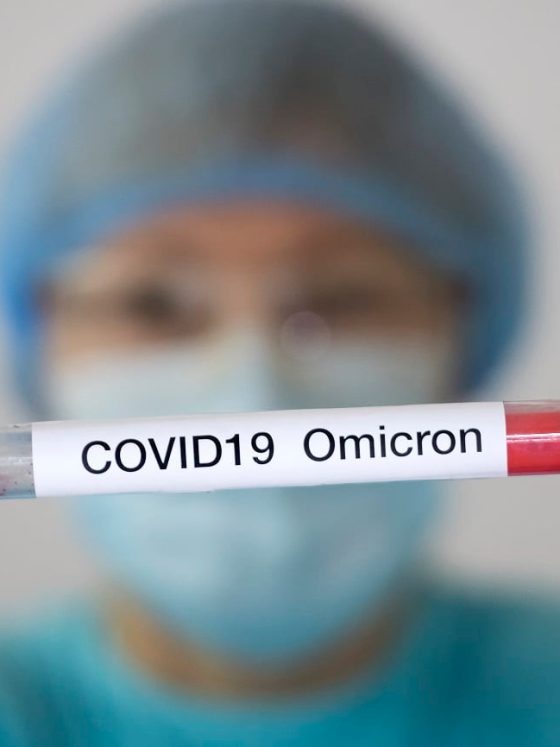 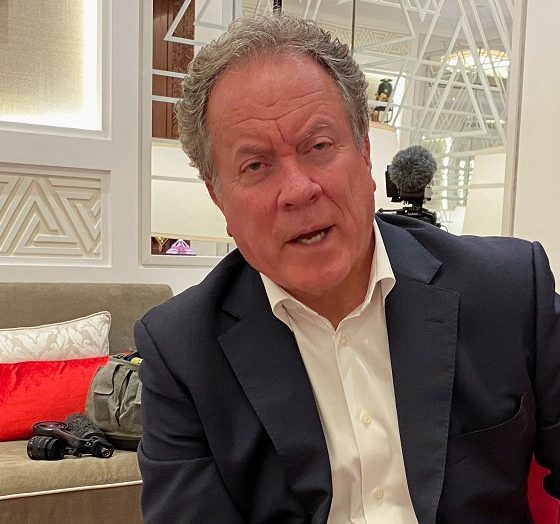 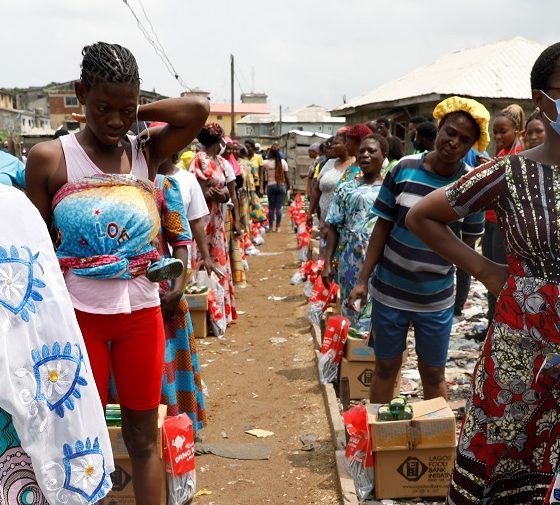 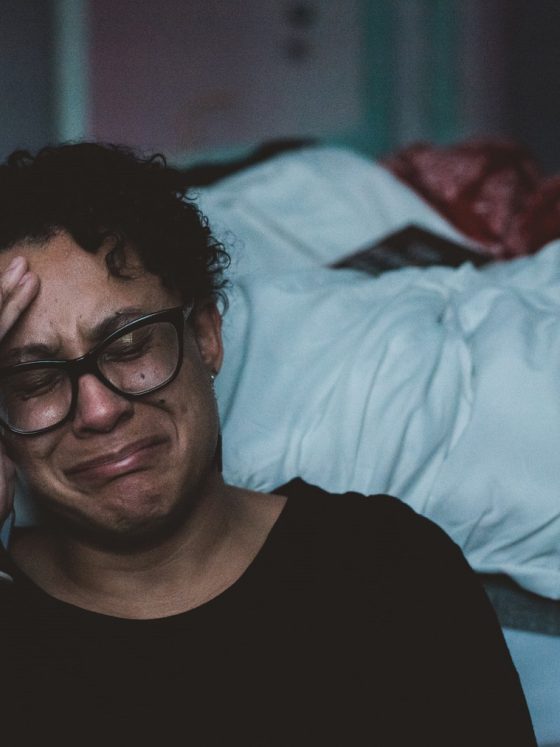 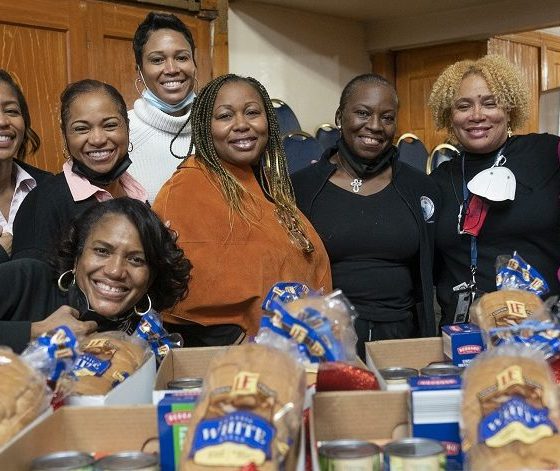 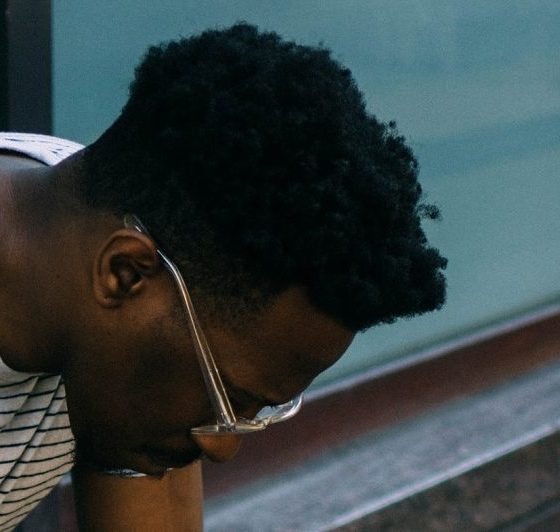 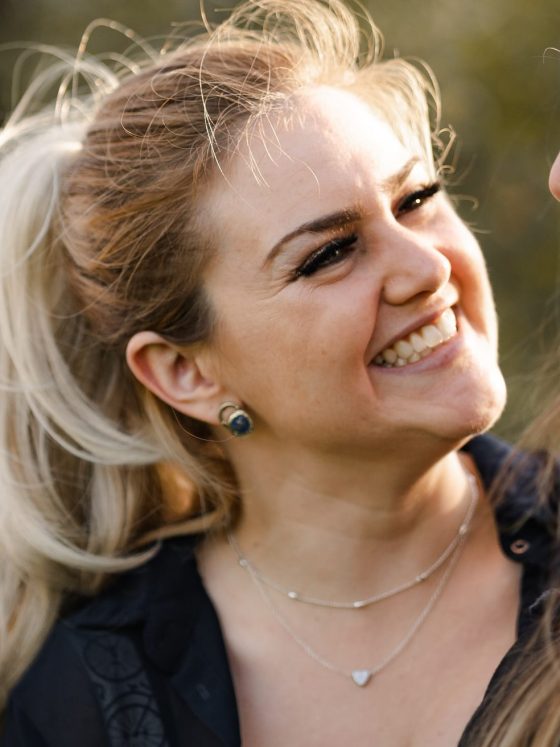