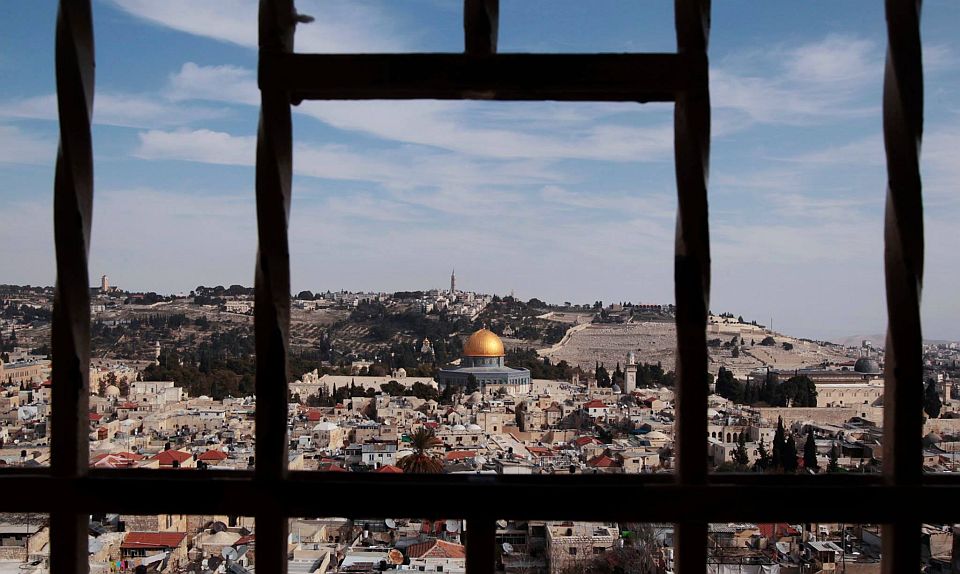 Who Does the Temple Mount Belong To?

Total
0
Shares
0
0
0
Who the Temple Mount belongs to is a question at the center of a very complex ideological struggle. The Temple Mount’s status quo, while aiming to maintain stability between Jews and Muslims, Israelis and Palestinians, always endures ruptures.

These ruptures’ resultant conflicts, wars and deaths are tantamount to the fact that a politically-based status quo cannot stop an inflating bubble of people’s dissatisfaction with the status quo from bursting, and thus cannot be considered a solution to the Temple Mount problem.

A solution to the Temple Mount problem, however, outside the realm of a diplomatic status quo seems like an impossibility when the same site and its ownership is understood differently among the different religions.

However, there is a solution to this problem. It requires an investigation beyond the level of thinking that created and which keeps regurgitating this problem.

Disunity Vs. Unity: The Heart of the Struggle for the Temple Mount

The core of the thinking that to this day permeates and wraps the Temple Mount can be summarized in a single word: disunity.

From the outset, the disunity among the Jews and Muslims, Israelis and Palestinians, Judaism and Islam, is as clear as any disunity among two people competing for the same possessions.

What, then, is the core issue?

The core issue is only in relation to our disunity: the disunity of the Jewish people.

Jewish disunity is a phenomenon that branches into every person’s negative experience of life. People’s dissatisfaction with life, feelings of emptiness, anger, pain, hatred, sadness, and problems such as disease, war, conflicts, disasters of all kinds… whenever and however these experiences surface, whether in a light or a heavy way, is an outcome of this disunity.

“No calamity comes to the world but for Israel.”

The more people feel negative phenomena encasing their lives, the more they instinctively feel that the Jews need to be dealt with in one way or another. Regarding today’s State of Israel, this instinct becomes expressed as increasing support for the view that the State of Israel has no right to exist, and that sites such as the Temple Mount, Jerusalem and the Cave of the Patriarchs don’t belong to us.

“In such a generation, all the destructors among the nations of the world raise their heads and wish primarily to destroy and to kill the people of Israel, as it is written (Yevamot 63), ‘No calamity comes to the world but for Israel.’ This means, as it is written in the above corrections, that they [the people of Israel] cause poverty, ruin, robbery, killing and destruction in the whole world.”

– Yehuda Ashlag, “Introduction to the Book of Zohar,” item 69.

Alternatively, if we—the Jewish people—were to unite, then positive feelings would spread. People would, on the contrary, feel satisfaction, fulfillment, happiness, love, good health, peace and success. As a result, people would like and support us, since they’d feel us as the source of good in their lives. Then, we would see a different attitude towards us: we would be welcomed by the nations, and the Temple Mount’s ownership would cease to be an issue.

“If they (Israel) accept bestowal upon others in the form of ‘Love thy friend as thyself,’ the Temple can be built and the ancient glory restored. This would certainly prove to the nations, the rightness of Israel’s return to their land, even to the Arabs. However, a secular return, such as today’s, does not impress the nations whatsoever, and we must fear lest they will sell Israel’s independence for their needs.”

However, today, the Jewish people are far from being united.

In the past, when the Jews experienced major disunity, they crumbled. The times of the First and Second Temples showed how when the Jews united, they prospered. However, with time, as divisions grew, they paved the way for their own ruin.

As historian Josephus Flavius wrote about the destruction of the Second Temple:

“The sedition [among the Jews] conquered the city, and the Romans conquered the sedition. … The attribute the [Jews] lacked most was mercy. …They transferred their rage from the living to the slain, and from the slain to the living [of their own people]. The terror was so great that the survivors called the dead ‘happy,’ as they were already at rest. … These men trampled upon all the laws of men [love of others], and ridiculed the words of the prophets. Yet, these prophets foretell … that the city should be taken and the sanctuary burnt by war when a sedition invades the Jews, and their own hand should pollute the Temple. Now these zealots … made themselves the instruments of the fulfillment [of the prophecies].”

– Josephus Flavius, The Wars of the Jews, Book IV, Chapter 6

Also, the account from A Letter from Elijah (Part 3) highlights the inner tensions among the Jews at the fall of the Second Temple:

“At the end of the period of the Second Temple, strife and hatred intensified in Israel, and pride was the root of the desire for absolute dominance. This brought them into hatred of their fellow person until they could not stand the very existence of the other. From that root of pride also emerged the audacity to sin shamelessly, for they did not perceive the contradiction between their actions and their views, and their conscience did not cause them to conceal their actions. And if they do not care about the conflict between their views and their actions, then they are regarded as ‘all sin.’ These are the things that caused the ruin of the House.”

Today’s situation is very similar. After the end of the Second World War and the Holocaust, a mercy was laid on us: the State of Israel was established, and we had our own land. However, as the years wear on, and as we don’t realize the opportunity to unite that this land has given us, but instead move to greater division, today any kind of mercy on us is coming to an end.

Rabbi Yehuda Ashlag writes of our national borders, that they serve to “pile” us together like nuts in a sack that unwillingly grind up against one another all the time…

“We [the people of Israel] are like a pile of nuts, united into a single body from the outside by a sack that envelops and unites them. Their measure of unity does not make them a united body, and each movement applied to the sack produces in them tumult and separation. Thus, they consistently arrive at new unions and partial aggregations. The fault is that they lack the inner unity, and their whole force of unity comes through outside incidents. To us, this is very painful to the heart.”

What United Nations would today decide to establish a Jewish state? Instead, today the direction is headed more and more towards an opposite kind of decision. UNESCO resolutions already have been made that deny Jewish history on the Temple Mount, Jerusalem and the Cave of the Patriarchs.

So coming back to our original question…

Who Does the Temple Mount Belong To?

To put it bluntly: it belongs to the more united people. Today, the Arab world, as divided as it also is, has started finding a united voice in relation to the Temple Mount.

In the events following the July 2017 instigation of metal detectors at the Temple Mount, mass anti-Israel protests quickly erupted in Turkey, Iran, Jordan, Lebanon, Malaysia and Jerusalem, and the mounting tension saw a fast reversal of the metal detectors decision by the Israeli government.

The Temple Mount belongs to no divided people. While in a growing disunity, we will find that neither the Temple Mount, nor other holy sites, all the way up to the existence of the State of Israel itself, and if that’s not enough, the very existence of the Jewish people on the planet… all will be thrown into question, and the scales will continually tilt out of our favor. This increasing pressure on us will continue until we will work on what we were put here to work on: uniting under the idea of “love your friend as yourself” and by doing so, becoming a “light for the nations.”

Therefore, our fate and the fate of humanity all depend on our unity. If we will start working on our unity, even if only a little bit, we will draw a special, great and powerful force into the world that will elevate and awaken us, and with that awakening, we will have the strength to call for unity among everyone and bring a positive spirit into the world.

The choice for a good future is in our hands. 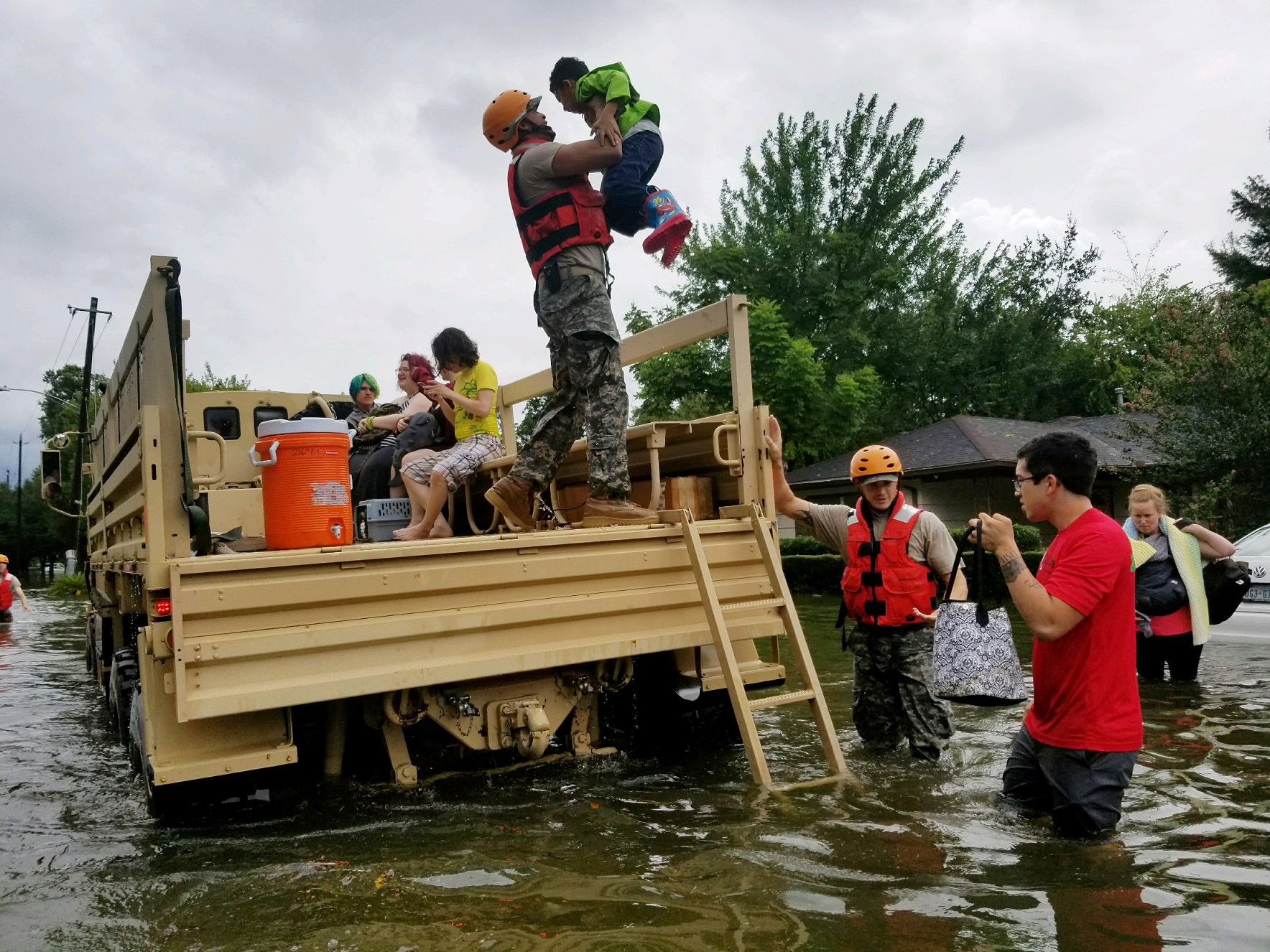 Is Hurricane Harvey a Message from Nature? 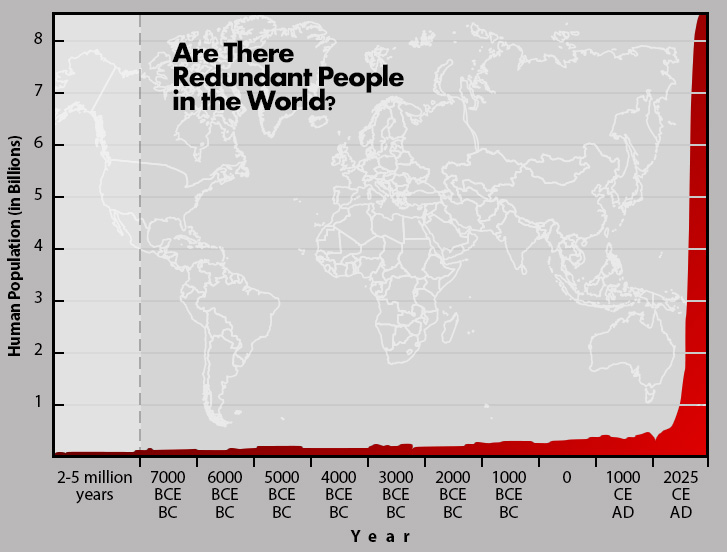 Human Overpopulation: Are There Redundant People in the World?