It’s the start of a new month. You go online to check that your monthly allowance—Universal Basic Income (UBI)—from the government has entered your account.

Great! It’s there. You’re covered for the month. Whether you worked, whether you earned anything else, whether you have kids, whether you own any expensive properties or assets, everyone receives the same sum each month. Whoever wants to get up off the sofa is welcome to go and earn more, and whoever doesn’t want to, is welcome to stay.

Economists devised the Universal Basic Income model many years ago, and it finds support by both socialists and capitalists. Pilots are being tested in various areas around the world.

Why is the model now gaining momentum? It is because today’s technology is progressing in giant leaps and is set to replace most of the human workforce. According to the research firm Gartner, by 2025 a third of the current jobs will be taken by robots, smart machines or software. Artificial intelligence is set to take over, and without preparation, hundreds of millions of people around the world are liable to lose their jobs.

Is a humanity without work a disaster or a historic opportunity? It all depends on how we respond to these dramatic changes in our daily routine.

Universal Basic Income Pros and Cons: A Solution to the Problem of Technological Unemployment or a New “Leisure Problem”?

Most experts disagree with the idea of Universal Basic Income as a solution to unemployment. Notwithstanding the money people would receive, the proposed solution is not a substitute that could maintain the lifestyle of most people who spend the majority of their time in the workplace.

“The fundamental problem is not that human beings don’t have enough money. The fundamental problem is that if humans are not provided with a place where they can accept social responsibility in an honorable manner, they degenerate and die.” Professor Jordan Peterson’s critique of basic income is shared by many researchers, who have also called out the “leisure problem” as one of the significant challenges society will have to face in an era when we will not have to work for our livelihood.

Assuming that basic income for every person will be realized and implemented in more and more cities, the chances of long-term viability remain slim. Why? It is because when money ceases to act as an incentive to motivate competition, everything would soon fall into a coma. The economy would enter constant stagnation and governments would need to invest a lot into the care of their citizens, to the point of coming up with all sorts of “creative ways” to suppress them. People would become idle, would literally start rotting in front of their devices of choice, discover new temptations, pick up addictions to light drugs that become increasingly legalized, and indifference would become the new norm. It goes hand-in-hand with our human nature—maximum enjoyment for minimum investment—where we stop striving forward the moment we get the little we need. The egoist in us strives for a permanent state of rest, without any unnecessary and new movements. This is a reality that governments can do nothing to change.

Solutions for the future unemployment and leisure problems depend neither on technology nor economics, but on society. Although most of the public is relatively passive, it is reasonable to assume that in the not-too-distant future, critical resistance will arise in the form of protests and riots. Such resistance will demand the public to open its eyes and force that the State carry out its work. However, if the State fails to incentivize people to leave their burrows and take part in activities that motivate them to develop and progress, the model will soon decay.

There is no flaw in providing basic income. However, receiving such income must be coupled with a certain contribution the person makes to society. In other words, in order to incentivize people to progress as contributing members of society, it must be a condition that Universal Basic Income is received in exchange for participation in the creation of a positively-connected society.

In the 1940s, Kabbalist Yehuda Ashlag (Baal HaSulam), in his essay “The Writings of the Last Generation,” discussed the future state of the world, where every individual in society will receive, by agreement, everything necessary for his or her existence and will work according to society’s demands. In that society, we will not aspire to receive above our necessities, because we will be completely fulfilled by the way society functions toward each and every individual. Such a process must be conditioned on changing our awareness so that we feel ourselves as integral parts of society. Why? It is because the laws of nature function that way. Since human beings are an integral part of nature striving for balance, equality and perfection, we too must act in equality and mutual consideration.

Many researchers in social and life sciences explain the benefits stemming from positive social connections: we are wired for human connection, no matter where we were born or educated, and what values ​​we absorbed. When we are connected to each other in positive, mutual contact, we experience higher levels of happiness and satisfaction, since we are closer in quality to nature’s synergic quality. In such a state, we become healthier, happier, more creative and immune from harm. Moreover, the more we exercise this positive connection, the more depth we discover, opening increasingly wider sensations of a field full of human warmth that envelops reality. In this new space, each and every one of us lives mistake-free, fully understanding each step we need to take to create better and happier lives for ourselves, society and future generations.

Universal Basic Income for every person will be a necessity, but it needs to be provided only to those who agree to undergo social-educational training. Connection-enriching pro-social education will become society’s new salary, and people will be rewarded only for their participation in the process of constructing this positively-connected society.

Instead of people receiving unemployment compensation for failing to find a place for themselves among the job-taking robots, they will need to gain a basic salary for a different kind of job: creating a new society of positive and qualitative connections. Just as the economy is a copy of our connections and relations, this new society will be our mutual construction: a livelihood of supreme human worth, a reward for which we work.

#Automation will force us to implement #UBI (universal basic income). But UBI brings #inequality, irresponsibility, passivity? negates meaning of life? UBI is inevitable! But we must also implement universal mandatory education of the people! 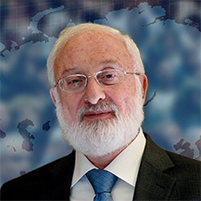 Transition to a New Socioeconomic Order?

Transition to a New Socioeconomic Order?

What Would Happen to a Person Who Would Start Receiving a Basic Income?

If a person isn’t obligated to do anything, then the person and society would completely deteriorate. It is because human nature is egoistic, and the ego aspires to a state of rest or a direct uniform movement like all of nature. It does not want to do any superfluous or new movements..

This would deteriorate countries and societies. Countries would be nonfunctional if they fail to motivate people to come out of their residences and participate in activities that develop and progress them. Therefore, connection-enriching education and participation in various social activities would need to be a condition for receiving basic income. If an upgrade of public awareness about how to live in balance with nature is not applied as a compulsory form of learning, then we would be left with a generation of couch potatoes.

Will it Become Necessary to Introduce Universal Basic Income?

Universal Basic Income should be introduced only on condition people be employed. Prior to UBI’s instigation, systems of connection-enriching education would need to be established, where people would be able to learn how to upgrade their awareness and attitudes to match today’s interdependent reality. The condition for receiving a basic income should be that if people study and engaged in a particular framework for working on themselves to build a positive future, a new nation, and a new society, then such people deserve a basic income. This education would go hand-in-hand with robots increasingly taking on more and more mechanical and physical tasks.

If such a coupling of UBI with connection-enriching education would be in place, a new society would start blossoming. As a result of technological unemployment bringing about less and less job availability in the workforce, as well as a spreading public opinion of connection, cooperation, consideration and social contribution, people’s needs would gradually become reduced to a minimum. Gradually, basic income will become necessary and compulsory. People will no longer run after excessively consuming products and services because everyone, on one hand, will have a set, regular income, and on the other hand, as a result of a new, connection-enriching form of education, will stop valuing excessive materialism in favor of developing more and more qualitative social relations. Also, it might even be a situation where people will not receive basic income as money, but as goods such as food, clothing and free use of electricity, water and energy resources.

In Your Vision of How UBI Should be Implemented in Society, Is it Like a Stipend Given to People So That They Would Study?

No. Universal Basic Income should be provided as a salary. At first, the salary could be progressive for those who study seriously and don’t miss any lessons, etc. whereas those who miss lessons will not get paid.

This would make the study of how to connect, cooperate, collaborate and contribute to society a compulsory process for every person. Moreover, if it won’t be implemented, human society will deteriorate.

Do You See Your Vision of Universal Basic Income as Payment for Connection-Enriching Education as a Social Revolution?

Yes. It is a quiet revolution that would oblige people to learn what a human being is, and what a human society balanced with nature should look like. A person will learn how to live in harmony with himself and with the world around him.

Otherwise, humanity very quickly will come to the point that the streets are full of roaming vagrants and gangs, killing and burning everything around them. If we reach this point no special forces will be able to help us.

Therefore, we have to start the learning process right now. I welcome robotics and the fact that people will be free from the need to work. However, the goal of replacing human work with robots should be that we will begin to upgrade human consciousness to a new level of connection, cooperation, collaboration and social contribution, in balance with nature. 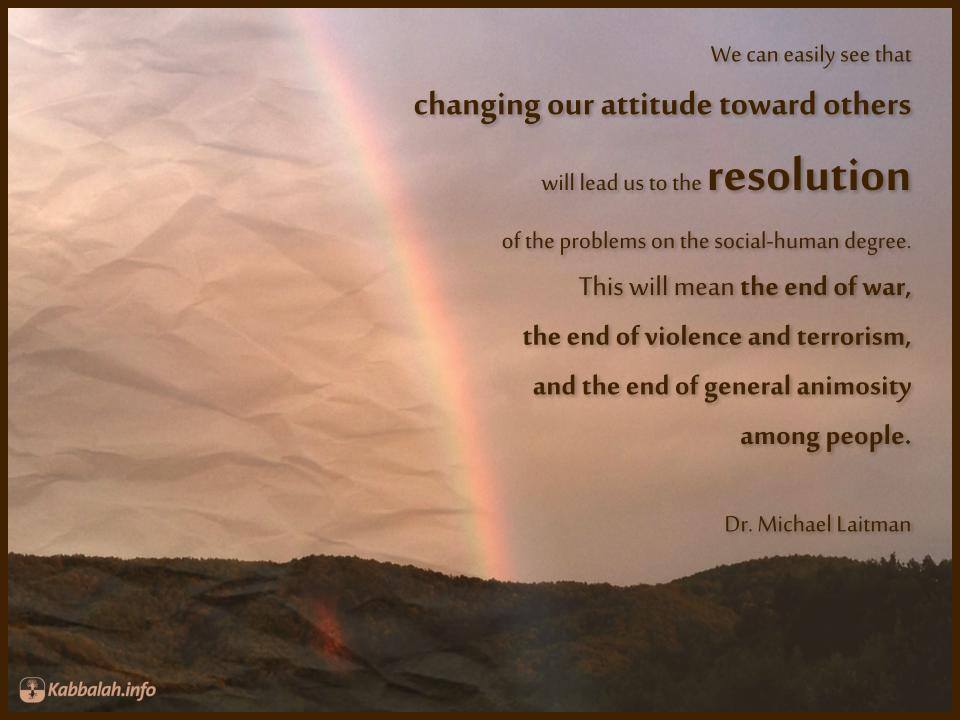 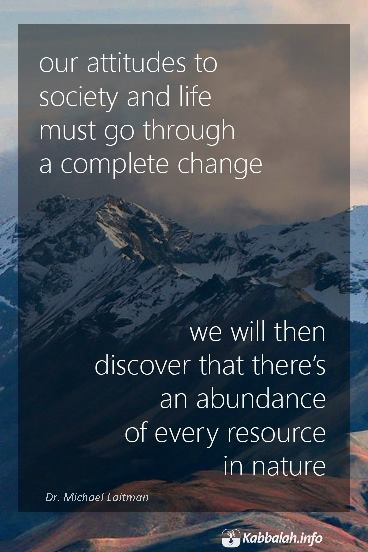 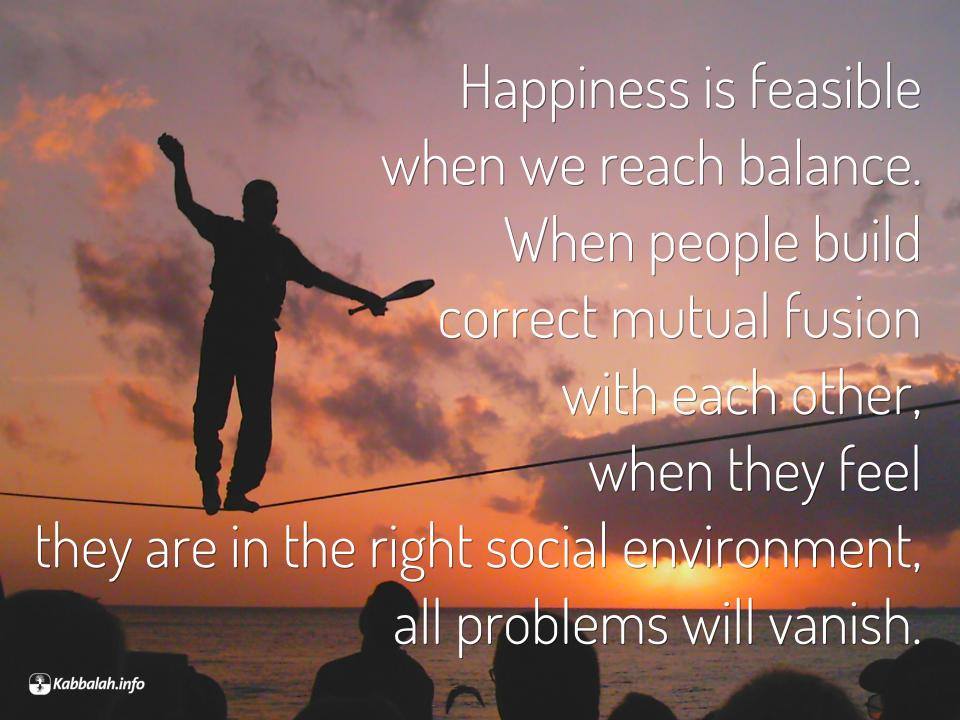 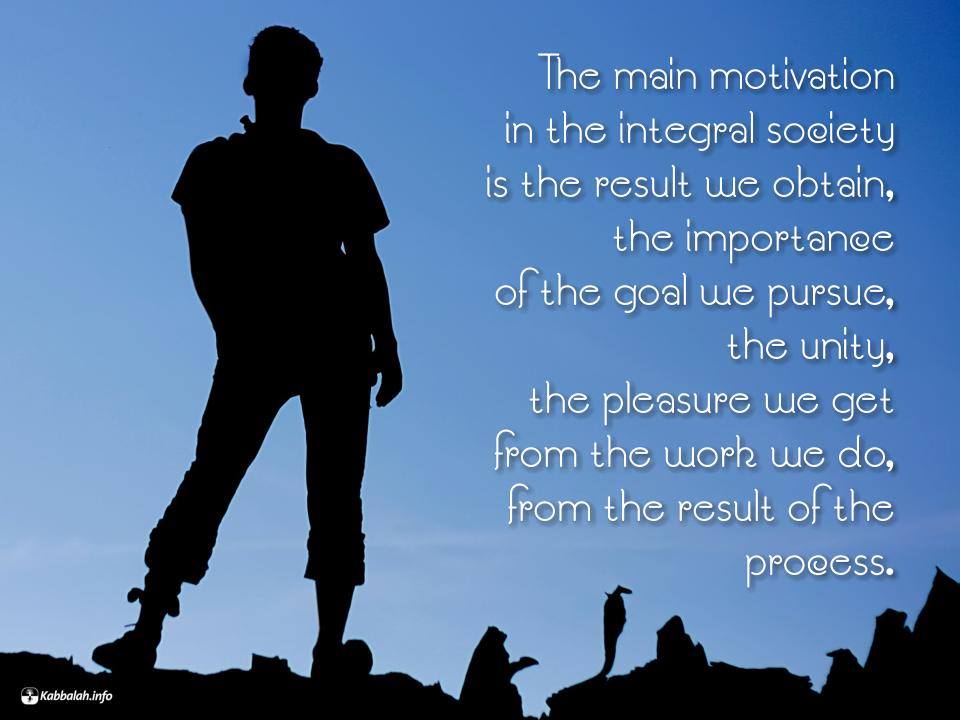 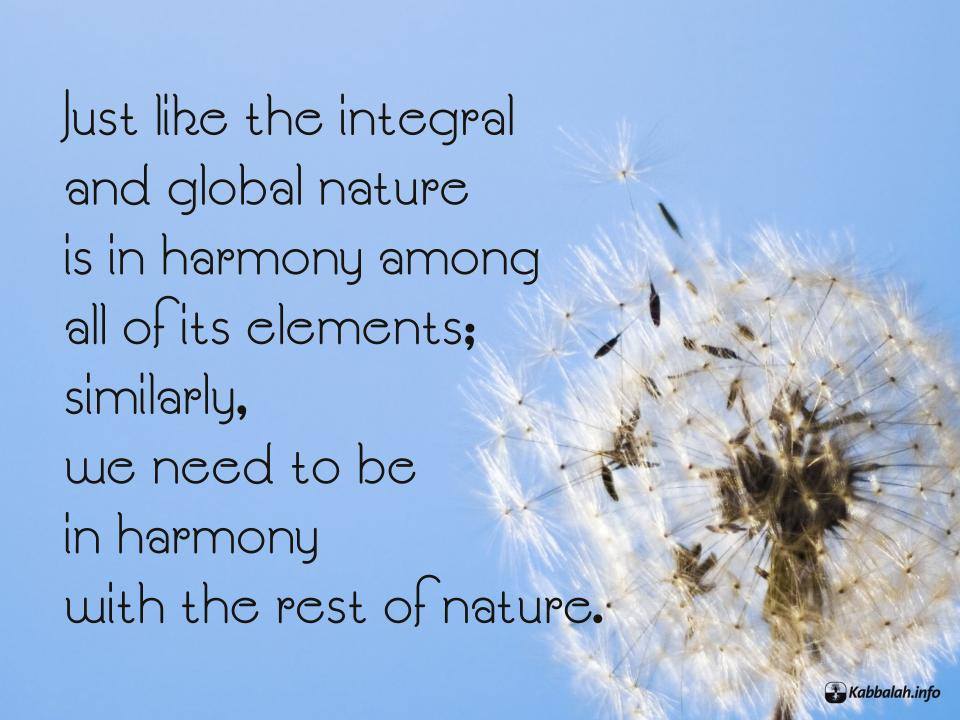 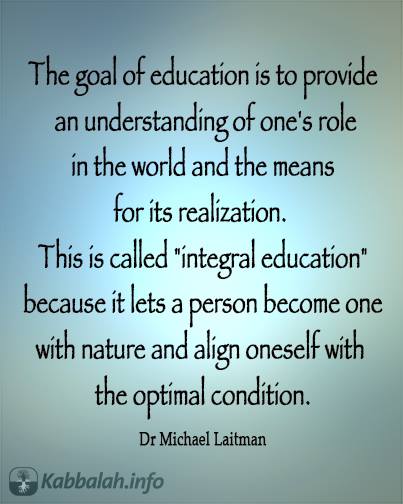