The Bnei Baruch Kabbalah Education & Research Institute is an educational organization teaching and sharing the wisdom of Kabbalah worldwide.

Bnei Baruch is a diverse movement of many thousands of students worldwide. Each student chooses his or her own path and intensity, according to one's personal conditions and abilities.

In recent years, the group has grown into a movement engaged in voluntary educational projects, presenting genuine Kabbalah sources in contemporary language. The essence of the message disseminated by Bnei Baruch is unity of the people, unity of nations and love of man.

For millennia, Kabbalists have been teaching that love of man is the foundation of the people of Israel. This love prevailed in the days of Abraham, Moses, and the group of Kabbalists that they established. Love of man was the fuel propelling the people of Israel to extraordinary achievements. In times when love of man shifted to unfounded hatred, the nation declined into exile and affliction. If we make room for these old-but-new values, we will discover that we possess the power to put aside our differences and unite.

The wisdom of Kabbalah, hidden for millennia, is now stepping out. It has been waiting for a time when we would be sufficiently developed and prepared to implement its message. Today it is emerging as a message and a solution that can unite the factions in and between the nations and bring us all, as individuals and as a society, to a far better state.

As Kabbalists have been doing for centuries, and as the centerpiece of Bnei Baruch's activities, Dr. Laitman gives a daily lesson at the Bnei Baruch center in Israel between 3:00-6:00AM Israel time. On Kabbalah TV, the lessons are simultaneously translated into seven languages: English, Spanish, Italian, French, German, Russian, Portuguese and Turkish. In the near future, broadcasts will be translated into more languages (see all languages currently available and in development at Kabbalah International).

As is true for all activities of Bnei Baruch, the live broadcast is provided free for thousands of students worldwide.

Michael Laitman, Professor of Ontology and Theory of Knowledge, PhD in Philosophy and Kabbalah, and MSc in Medical Bio-Cybernetics, established Bnei Baruch in 1991, following the passing of his teacher, Rav Baruch Shalom HaLevi Ashlag (The Rabash).

Dr. Laitman named his group Bnei Baruch (sons of Baruch) to commemorate the memory of his mentor, whose side he never left in the final 12 years of his life, from 1979 to 1991. Dr. Laitman was Ashlag's prime student, personal assistant, and is recognized as the successor of Rabash's teaching method.

The Rabash is the firstborn son and successor of the greatest Kabbalist of the 20th century, Rabbi Yehuda Leib HaLevi Ashlag. Rabbi Yehuda Ashlag is author of the most authoritative and comprehensive commentary on The Book of Zohar, The Sulam Commentary (The Ladder Commentary), the first to reveal the complete method for spiritual ascent. This is also the reason for Ashlag's epithet, Baal HaSulam (Owner of the Ladder).

Bnei Baruch bases its entire study method on the path paved by these great spiritual leaders.

Bnei Baruch is a non-profit organization for teaching and sharing the wisdom of Kabbalah. To maintain its independence and purity of intentions, Bnei Baruch is not supported, funded, or is otherwise tied to any government or political entity.

Since the bulk of its activity is provided free of charge, the prime source of funding for the group's activities is tithing, contributed by students on a voluntary basis. Additional sources of income are Dr. Laitman's Kabbalah books that are sold at cost, and donations.

Kabbalist Dr. Michael Laitman is an international authority on authentic Kabbalah. His background is highly unusual for one renowned in the spiritual: he was educated in the sciences, holds an MS in bio-cybernetics, and has pursued a successful scientific career, later turning to Kabbalah to further his scientific research. He received his PhD in Philosophy and Kabbalah from the Moscow Institute of Philosophy at the Russian Academy of Sciences. In 1976, he began studying Kabbalah, and has been researching it ever since.

In 1979, seeking new avenues in Kabbalah, he came across Kabbalist Baruch Shalom HaLevi Ashlag (1906-1991), the firstborn son, and successor of Kabbalist Yehuda Leib HaLevi Ashlag (1884-1954), known as Baal HaSulam for his Sulam (Ladder) commentary on The Book of Zohar. Michael Laitman was so impressed with Baal HaSulam’s son, that he became Baruch Ashlag’s closest disciple and personal assistant, spending the bulk of his time in the company of his revered mentor, and absorbing as much as he could of his teachings.

Today, he is regarded as the foremost authority on Kabbalah, having authored over forty books on the subject, translated into over thirty languages. His live lessons are broadcast daily on the Internet around the world. In recent years, he has become a sought-after lecturer in academic circles in the United States and Europe.

Dr. Laitman is the founder and president of Bnei Baruch - Kabbalah Education and Research Institute, which operates the largest and most extensive internet site on the subject of Kabbalah, www.kabbalah.info, including the hosting of KabU, the largest online Kabbalah course platform that has taught over 150,000 students worldwide. The website provides access to Kabbalistic texts and media in over thirty languages.

Since the year 2000, Encyclopedia Britannica recognizes kabbalah.info as one of the largest Internet sites for both number of visitors and quantity of educational and informational materials on the science of Kabbalah.

Our mission is to teach and share the wisdom of Kabbalah with the entire world.

In the most direct way, people interested in Kabbalah and things related to Kabbalah are those who find us. This includes people searching for topics such as Kabbalah, The Zohar, as well as myriad spirituality interest topics that Kabbalah has been connected to. Spiritual seekers often hear about Kabbalah and initially seek it out in connection with one or more of the following topics:

The fundamental question that the wisdom of Kabbalah was made for answering is “What is the meaning of life?” People who experience one of the above-mentioned crises are those who seek such a question and related questions, including but not limited to: “Who am I?” “Why is there suffering?” “Where did we come from? Where are we now? Where are we headed?” “Is there free choice?” “What is reality?”

Therefore, in order to achieve our mission—to teach and share the wisdom of Kabbalah with the entire world—we branch out to many different direct and indirect interests that this wisdom provides answers to.
Contents
Recommended
Enter The Zohar 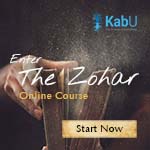 The Times of Israel ► @michael-laitman