As I fear for unity within Israel, I fear for the unity of American Jewry, and its ties with Israel.

For several years now, America has been on a path toward autocracy. If not stopped soon, it will end in fascism or even Nazism. When this happens, the Jews, as always, will take the heat, and atrocities we thought were gone for good might reoccur. The current election campaign has been fraught with anger, xenophobia, anti-Semitism, and blatant anti-democratic statements. Worse yet, candidates who are using this type of rhetoric are succeeding beyond everyone's expectations, except, perhaps, their own. As Andrew Sullivan of New York Magazine wrote, this tells us that “America has never been so ripe for tyranny.”

Even as far back as 24 centuries ago, Socrates knew that “Tyranny is probably established out of no other regime than democracy.” In the late 1940s and early 1950s my teacher’s father, the venerated Rav Yehuda Ashlag, contended that transition from democracy to tyranny is not an option. In the paper, The Nation, he asserted that “whenever the democratic government is ruined, a fascist, Nazi regime will inherit it.

A Fertile Soil for Tyranny

On the face of it, the key word in this election campaign is “protest.” People’s debilitating and demoralizing daily hardships are pushing them to step out of the familiar in search for quick fixes. Many of them are so disillusioned with the current establishment that they have adopted the anything-but-what-we-have-now approach. This is a treacherous path, but unless we understand its causes we will not be able to change it.

Just a few decades ago we were still quite optimistic. Sure, there were problems, but the prevailing atmosphere was that “things will be okay.” We believed that life will become easier and happier in the third millennium. We dreamed of a “new Middle-East,” and never imagined that anti-Semitism would raise its ugly head again, certainly not in America.

But we did not take human nature into consideration. We have forgotten what our own Torah tells us, that yetzer harah (evil inclination) crouches at the door, planting itself in our hearts even before we take our first breath.

In all of reality, only man is born with an evil inclination, therefore tikkun olam (correction of the world) refers only to our nature. Because of our yetzer, all of our ethics, systems of governance, and education methods strive to achieve one goal: to tame our inclination.

A regime lasts only as long as it can contain people’s inherent self-centeredness. When it cannot, revolution occurs and a new regime appears—one that can balance our evil inclination with our need to maintain a stable society.

The problem is that our egos keep growing. Now it is at a point that psychologists Twenge and Campbell describe as “an epidemic of narcissism.” Even worse, they continue, “the rise in narcissism is accelerating”!

When a society adopts a culture of egomania and alienation it becomes unstable. The successful few will become rulers, and everyone else will become subjects—the classic structure of a third world country. From here the road is paved to autocracy and fascism. The outrageous income inequality, gradual denial of human rights, the pessimism that is taking over the country, all make the perfect soil for the rise of America’s first tyrant.

The Jews Will Pay the Price (or Not)

When America becomes fascist, it will blame it on the Jews. Couple this with the anti-Semitism Muslim refugees are “importing” thanks to Obama’s “open-door” policy, and you have a recipe for a disaster for the Jews, unless they hurry.

And in this case, it is easier to hurry than we think. All that the Jews need is one another.

As an Israeli observing what is happening to American Jewry, it pains me to see the hostility among denominations, disintegration of communities, and estrangement of young people from their roots. It is not that the situation in Israel is any better, but as I fear for unity within Israel, I fear for the unity of American Jewry, and its ties with Israel.

I have written extensively about the paramount importance of unity to our people. It is with good reason that our creed introduced to the world the tenet, “Love your neighbor as yourself.” It is even more typical of us to determine, as Rabbi Akiva did, that this is the klal (whole) of the Torah.

In the long run, no democracy can escape the fate of tyranny unless through love of others, or as Rav Ashlag put it, “It is possible to destabilize the Nazis only through altruism.” When we speak of tikkun olam, brotherhood is the only tikkun we need to bring. There is no cure for the narcissism epidemic except for the implementation of the two rules: “that which you hate, do not do unto your friend,” and “love your neighbor as yourself.” When we set an example of this special unity, we will win the nations’ favor, as they will be able to do the same. But if we stall, they will hate us for it, and we will pay the price.

Many nations cultivated brotherhood. Every sports team knows that to win they must unite. But the brotherhood that Jews developed in antiquity was different: to them brotherhood itself was the goal. In it, they discovered the power that balances the egomania that is devouring our world.

Being “a light unto nations” is not about developing advanced technologies, or being great filmmakers or groundbreaking scientists. It is about being an example of that special kind of unity, which produces the power to harness the ego and use it to build a flourishing society, rather than the bullying behemoth our egos have become.

The ancient Jews did not suppress their egos. They knew that this could not be done. Instead, they practiced the advice of the wisest of all men, King Solomon (Proverbs, 10:12): “Hatred stirs up strife, and love covers all crimes.” In this way, they realized their full potential, yet stayed united. The ego, which was growing in them as it did in all other nations, had become a springboard for increased unity and greater strength, rather than cause them to disperse. This was the segula (cure) that the Jews had cultivated in antiquity, and which they had lost when they fell into unfounded hatred.

The Power of Our Unity

Now the world needs our love for one another. It needs us to develop that special bond that we once had, so we may share it with the world. The more we put it off and try to mitigate the anger toward us in some other way, the more the nations’ anger will increase. If we wait too long it will be too late to go back. We have to do it now—for the world, for our children, for ourselves. Delve Deeper into the Real Reason Behind Anti-Semitism and the Role of the Jews

If you're interested in further exploring the causes of anti-Semitism and the role of the Jewish people, we recommend that you take our free course, The World, the Jews and the Science of Human Survival. 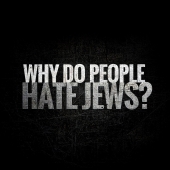