Selected photos from a wonderful Convention. Please see the gallery below for more photos. 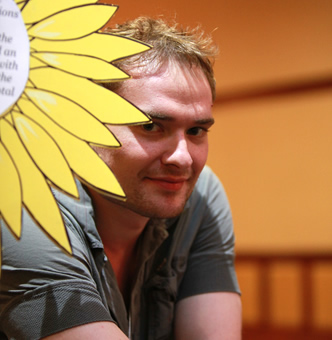 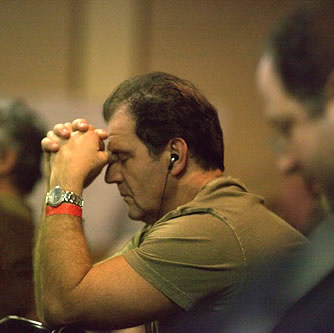 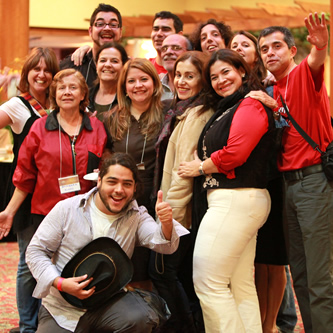 Inspired by the North American Convention

Last weekend a thousand friends gathered in the Catskills in New York and hundreds of thousands more gathered in local groups or individually in: Rome, Lithuania, Mexico City, Paris, Sydney, Moscow, Berlin, Tel Aviv, Ankara and all across the globe to connect to and participate in the North American Convention 2010 - Discovering A New Reality.

The months' long preparation shifted into high gear the day before, on site, as teams of friends readied the hotel for sound and broadcasting of the activities and lessons. In short order and with immense efforts, the resort was transformed physically to welcome friends from around the world and support our combined efforts to put into practice what we study year round in the wisdom of Kabbalah. Beyond these visible, tangible preparations, even more strong and impressive were the palpable feelings poured into preparing the environment for our revelation of The Zohar to the world.

And feel it we did! As friends walked through the doors of the hotel, you could see and feel that they had left their day-to-day cares and concerns safely at home, and were sharply focused to achieve our goal of uniting. As old friends greeted one another and welcomed new friends, the intensity increased. On the faces of new friends, you could see the apprehension melt away with the affirmation, comfort, and joy of actually seeing that others, too, share this desire which at home is "unusual," but that among the group of friends this desire is right at home.

We often have difficulty articulating this desire, but at the convention we found that Dr. Laitman or friends on stage during the Gatherings of Friends who were introducing themselves were speaking of this desire and these feelings; they spoke so movingly the very words my own heart was feeling, our own hearts were feeling. For the most part, these were new friends on stage sharing the precious contents of their hearts, their points in the heart, and you realized we are all feeling the same thing. We are connected! WOW!

What a joy to see the excitement in the faces of new friends as they recognized their connection with this group, a connection that feels like such a strong familial bond. An even greater joy was seeing and feeling the uniformity of intention during Dr. Laitman's lessons; faces were rapt with attempting to absorb the sensations The Zohar reveals. The intensity was awesome as our points in the heart desired uniting for bestowal to draw the Light that Reforms. A scan of the faces in the lecture hall revealed expressions demonstrating a uniform and unified singularity of purpose. The passionate singing of "Hine Ma Tov," ("How Good It is To Be Together") resonated with such depth of feeling, tears of joy welled in the eyes of many.

Song and music proved to be evocative of our unified feelings throughout the convention. Unbridled exuberance and jubilation rang out as song and dance erupted after our communal meals-friends in unison demonstrating the Light of the connection they felt, truly celebrating the unity among us. A glance at the photos taken at the convention reveals these shared emotions.

No matter how many conventions you attend, the emotions, sensations, and feelings are fresh, alive, and intensified as more and more friends join in and our Bnei Baruch family grows. Each one, whether they were playing a song for all the friends to hear, presenting some of the efforts they've made to share the wisdom of Kabbalah with the world, performing a myriad of tasks in the background, or there for the very first time, each of us contributed to this incredible advancement. Each one is an important and integral member of the group, contributing their part for our communal advancement toward the goal of our correction to bestowal.

The World Zohar Convention was truly inspiring in intensifying the importance of the goal. Remember the intensity of desire we felt as we all joined together, not to relive or live in it, but to build upon it, to raise the intensity constantly to even greater levels. It depends on us, each and every one of us. Let's stay connected: We have "the Rav, the books, the group", and as Baal Hasulam says in his article "The Freedom", we have the choice of our environment.

Watch Authentic Kabbalah on JLTV. Every Friday at 8:00pm EDT